Spirit of the Peaks – Film Screening and Filmmaker Panel 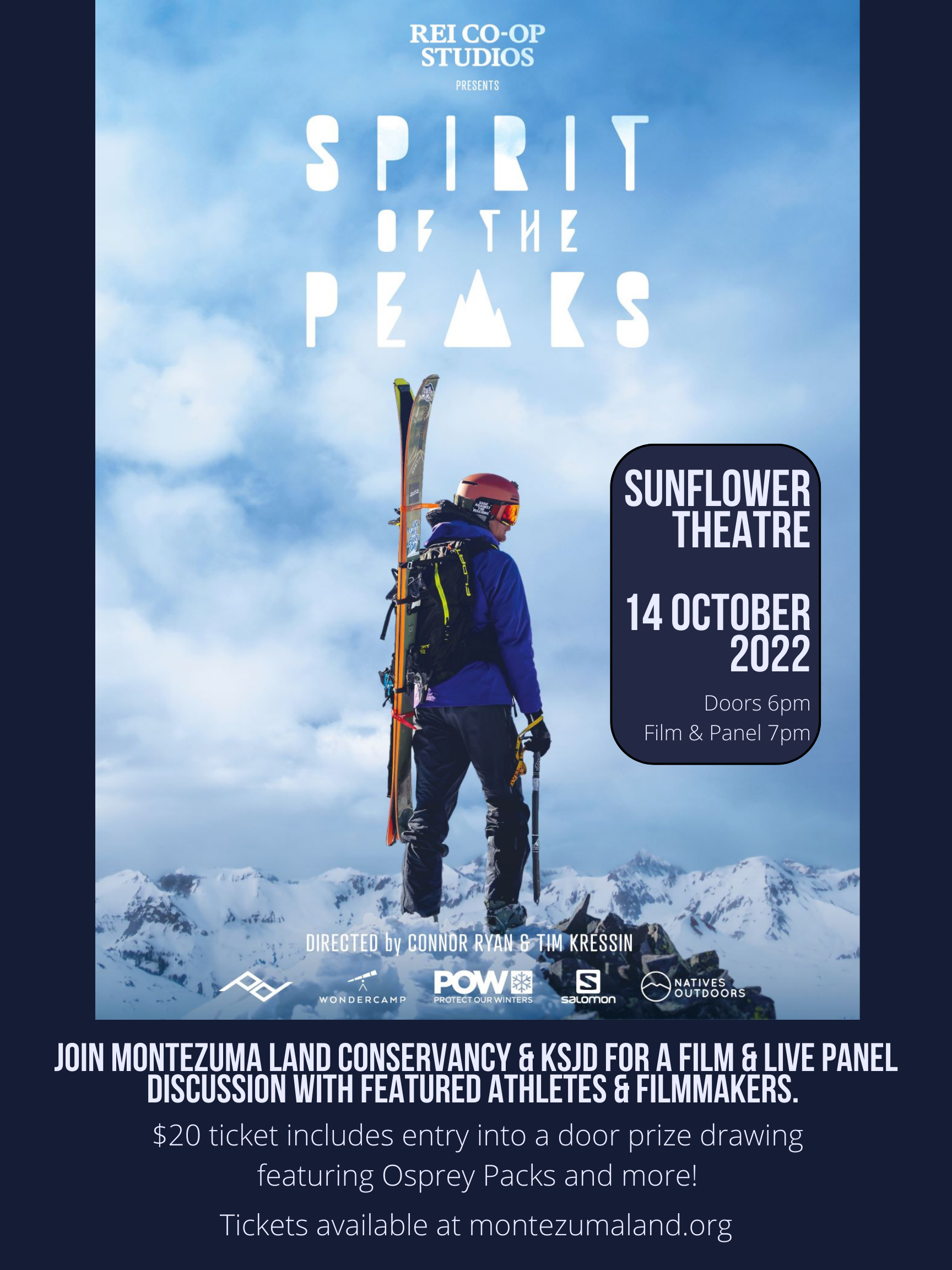 Please join us at the Sunflower Theatre in Cortez for a screening of Spirit of the Peaks and a live panel discussion with filmmakers and featured athletes! Ticket holders will also be entered into a door prize drawing for the chance to win gear from Osprey Packs, Alpacka Raft, and more! Doors open at 6:00pm. Show begins at 7:00pm.

Produced by REI Co-Op Studios, in partnership with Wondercamp and NativesOutdoors, and co-directed by Hunkpapa Lakota skier Connor Ryan, “Spirit of the Peaks” is a film about the struggle for balance between two worlds. Skiing in Ute Territory has always raised questions for Connor about being in reciprocity with the land and its people. As a skier who connects with the land through sport, he empathizes with the injustices that have displaced the Utes and ongoing colonization, erasure and extraction impacting the Ute people. This story connects conflicted pasts to an awakening in cultural awareness that can create an equitable future for Indigenous people and skiers. Connor’s mission with the film is to do his part in restoring balance with all inhabitants of these mountains by illuminating the Utes’ culture and traditional knowledge that can benefit everyone in the fight to preserve the land and dissipating snowpack.

Day of show tickets are $25 at the door. Get yours early!